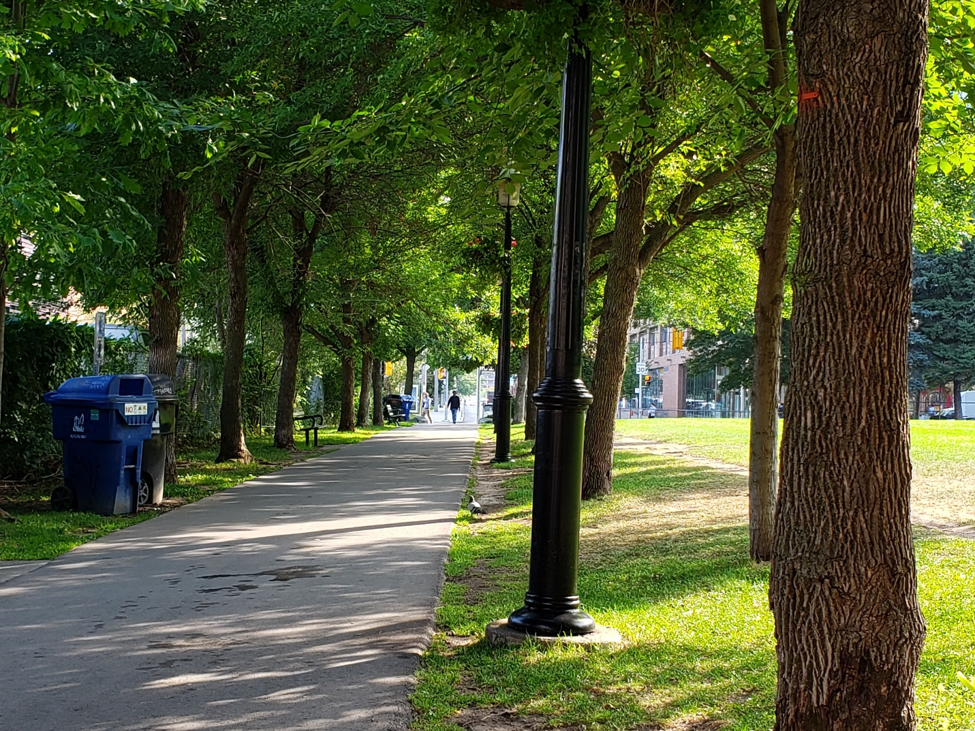 Successful urban planning projects often depend on the collaboration between stakeholders. In Toronto, a collaborative process contributed to the creation and revitalization of urban parks and attractive public spaces.

“It takes two to make a thing go right” – this title of one of the sessions attended by Momentum at the 2019 Conference of the North American City Transportation Officials held in September in Toronto captures the essence of some of the most successful transport and urban planning schemes. A walk organized by a team of landscape architects and urban planners from the City of Toronto particularly showcased this principle of collaboration between different disciplines in delivering a series of attractive revitalized parks and public plazas in Toronto’s downtown core.

The walk took us from Parliament Square Park right at the entrance of the Distillery District through to David Crombie Park which connects a residential stretch to the city center. After a short break at the historical St Lawrence Market, the City of Toronto team took us to St James’ Park and Berczy Park, two recently revitalized green spaces for residents, workers and visitors of Old Town.

Public and pedestrian spaces in TO

Beyond the spaces created, the walk was an interesting testimony to the cross-pollination of transport planning, urban planning and landscape design. Indeed, the Park Districts strategy launched by the City of Toronto to develop a ‘cohesive network of parks, streets, and other open spaces’ to serve neighborhoods was signed by the Transportation, City Planning, and Parks & Recreation teams together as a way forward to integrate the needs of multimodal transport connectivity within a landscape and urban planning strategy for the Downtown Core.

It was also fascinating to hear about the wide variety of stakeholders which collaborated with the City to deliver these innovative schemes, such as the St Lawrence Business Improvement Association which led the delivery of the revitalization of Berczy Park and St Lawrence Market. The King St pilot project which was delivered as a temporary scheme to improve the journey time for the busiest streetcar route in downtown Toronto used by 85,000 daily riders is another example of an integrated partnership where businesses, transport operators and city officials came together to discuss the proposed scheme. The successful pilot will now lead to a permanent scheme to be implemented in the next three to five years. 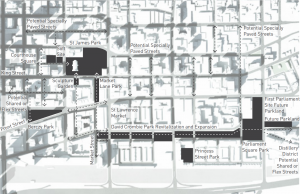 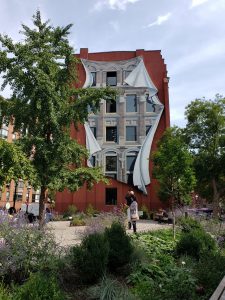 The intervention of the different teams of the City of Toronto present during the walk highlighted how the collaboration between different disciplines is key to the delivery of successful schemes. It can be beneficial in diverse scenarios: understanding the movement of pedestrians to deliver a successful park or plaza scheme, ensuring the cycling connectivity is accounted for when prioritizing a streetcar line on an artery, but also working with partners such as BIAs and developers which have the potential to deliver green spaces as part of their projects. Momentum particularly values working with these same disciplines to ensure that the movement of goods and people is integrated in the urban planning, urban design, architecture and landscaping creative processes. We have been proud to integrate our recommendations in complex schemes by taking part in multidisciplinary and diverse teams across the world.