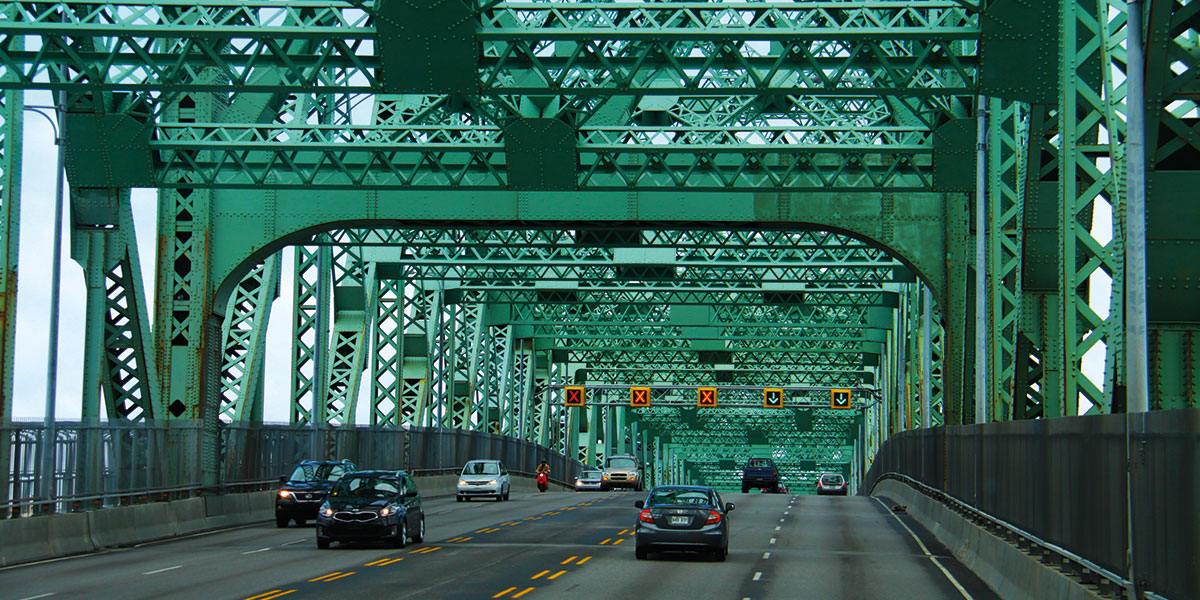 After three exciting months in Montreal, Amelie discusses some of the quirks observed that differentiate Montreal to London

After three months in Montreal, it’s time to pause and reflect on what I’ve learnt from moving to this new city. There are challenges and opportunities common to every large city of the world, such as the drive for sustainable development; rising living and housing costs; and changing technology, which impact on every facet of our urban life. But there are also specificities, features – what we could even call quirks – to every city, related to the context, circumstances and culture of those who make the city by planning and/or living it.

This month, I’m reflecting on the quirks I’ve discovered in Montreal, and especially the differences between London and my new home city.

(Big!) Vehicles…here, there and everywhere

We all know the North American cliché: everyone drives. However, coming from a city where many can expect to be in standstill traffic between the hours of 5pm and 7pm, I can sympathise with the unfortunate dependency many still have on the car. But my sympathy was replaced with shock when I arrived in Montreal and saw what seemed to be a never-ending truck passing through the city’s streets! As engineers and planners, we are well aware of the vehicle size restrictions on London roads, with maximum lengths spanning to 16.5m. But in Montreal, things are a little different and it’s not unusual to see lorries reaching lengths of up to 25m, with 10 axles.

For many, we understand this will be the norm. But the issue with authorizing much larger vehicles in the city centre is that the space dedicated to carriageway needs to be meticulously planned to allow the movement of such vehicles, which in turn drastically reduces the space available for other users, namely pedestrians and cyclists. Furthermore, the safety issue means the segregation between traffic and other modes of transport needs to be maintained, and more flexible arrangements including shared spaces cannot be proposed.

Vehicle sizes impact design and the possibility of change. In a conversation on the topic with a local planner, it was indicated that Montreal is actually equipped with regulation on which streets these vehicles can use (http://www2.ville.montreal.qc.ca/camionnage/) and regulation on vehicle sizes is a burning issue. As the city looks to regulate this further, this will likely create new opportunities to reallocate carriageway space for more sustainable transport modes, especially on larger streets with numerous lanes, where a ‘boulevard’ approach could be taken to improve the design of the street. Which promises exciting times ahead for my next three months in Montreal and beyond.